How to Recognize – AND STOP – Phone Scams 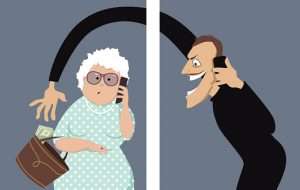 In the online world, “phishing” is the term for scams that try to steal your identity or money.

Similarly, “vishing” is a term coined for voice-phishing, where scammers use the phone to cheat people out of their money.

Whether you call it vishing or a plain old phone scam, there are ways to recognize when an incoming call could be a scam – and how to fight back. The Federal Trade Commission tracks phone scams and offers advice on how to avoid them.

“Phone scams come in many forms, but they tend to make similar promises and threats, or ask you to pay in certain ways,” according to a news release issued by the FTC.

Here are some of the most common scams you’re likely to encounter, according to the FTC:

How to fight back

There’s no way to completely stop scammers from calling you, but here are some ways to you can fight back: