Hi Lakeview United Methodist Church,
Thank you so much for your donation of a Heifer who from what I’ve read is named Lakeview Hope. I think that is a great name given Heifer’s history. When Dan West, the founder of Heifer International returned from the Spanish Civil War, he shared his experience with his fellow community members. One man said, “have Faith Dan”, and Dan replied “yes, I have faith, but how can we help?” The man repeated, “Have Faith.” And Dan replied again, “yes brother I have Faith we can do something, but what?” And the man repeated again, “no have Faith, my cow.”
With the generosity of the local farmers, the first three Heifers were called Faith, Hope and Charity.
Thank you for giving Lakeview Hope and opportunity to those that need it the most.

Our program “GPS” finished strong with the donation of 2 Goats. The new program “Got Milk?” started strong as a Heifer was donated on day seven of the program.

We are now celebrating 77 years that Heifer International has been providing animals and services to those less fortunate than we. Seventy-seven years of a “Hand Up” rather than a “Hand Out.” Seventy-seven years of giving poor families (here and around the world) the resources and motivation to pull themselves out of hunger and poverty, while caring for the earth.

So now we sent a Heifer out into the world to provide a family with milk to enjoy and share. I think we should proudly name her ”Lakeview Hope.” She will supply enough milk to provide nourishment for her new family with excess to share and sell. How great is that? I want to thank all the donors for their gifts of love and kindness. Thank you for your loving thoughts and prayers.

Together let’s change the question of “Got Milk?” to “Yes, I GOT milk.”

The “Got Milk?” Program will probably see more pictures like this. Why? Because last week we sent a Water Buffalo out into the world to join our Heifer, “Lakeview Faith” in providing milk, in abundance, to feed children around the world.

Sharada Devi joined a Heifer Project in India. Her goat helped to meet her basic needs but also changed the families’ thoughts on

gender equality, raising children and planning for the future. Now, everyone pitches in, and the family is earning ten times as much money as before. Sharada says “Before my focus was only on boys. Now I buy a goat for my boy, I buy a goat for my daughter also. I send both my sons and daughters to school.”

Here is another story of how Heifer has changed a life. Aeysha Siddka is a 35 year old mother of one daughter who lives in the Village of Kachutia in Bangladesh. She grew up in extreme poverty. Some days she and her nine brothers and sisters would only eat a cup of gruel made of water and wheat flour or poor quality rice that was not good enough to sell. She said “we were so poor, if we ate one time a day, another time we might not be able to”. At 22 she entered into an arranged marriage with an abusive husband. She said he once hit her so hard she was temporarily blinded. Finally, she moved back in with her mother, her daughter, three siblings and a nephew.

Then in 2013 – enter Heifer International. She learned the value of saving, animal management, gender equality, health and nutrition, and kitchen gardening. Heifer provided her with seeds and saplings, a loan to buy cattle, chickens, and money to build a poultry shed. The chicken operation turns a profit and a protein enriched diet. With the cattle and poultry she earned enough to lease land and grow garlic, rice and wheat. The family home now has brick walls, a steel roof, a toilet, refrigerator, a television and a bed for all. And she opened 2 savings accounts for her daughter. “I am happy” she said, “I have everything I want. Everything I have comes from Heifer Income”.

We can help make this change in lives of others. Join with us today in supporting the LUMM/Heifer Project.

We are closing in fast towards our 2nd Heifer donation of this “Got Milk?” Program.

Here is another example of what Heifer can do to change lives. Mayra Jiménez Santiago lives in Oaxaca, Mexico. Four years ago she lost her father at age 56, but he left a legacy for his children: His farm and the ability to manage it. Many of the male offspring were raised and fattened for market as well as non-producing cows. For years they had sold their stock through a middleman, but it was costing them thousands of dollars. In 2018 Heifer launched a Rural Entrepreneurs Project to bypass the middleman and take control of their own livelihoods. They began sharing farm equipment to maximize everyone’s capacity. From Heifer they received seeds for fodder and training in nutrition and veterinary care. In six months, Mayra estimates she has earned an extra $1500 without the middleman, much of which is reinvested in the family farm. Purchasing vitamins, medicine and ingredients to make mineral salt blocks that prevent scurvy and warts. The cows are calmer and healthier after licking the salt blocks, Mayra finds. “I feel very good because I know that I can do many things by not paying attention to what other people say,” she says, “and I know I am useful in what I do, and that makes me feel good.” 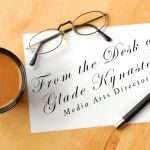